What sommeliers are dying to say.

a running shoe for every occasion

Our city of the perpetual pothole takes great pride in its public transit system and we availed ourselves of the services today (at $3 a clip I might add) to get to a months-long-awaited dermatologist’s appointment. It is still cheaper than parking in a lot where the valet figures our ride is a better choice for doing a few quick errands than that new Mercedes and a good way to force ourselves to sit back and find out what is really going on in the world. The only thing that seems to have really changed since we used to do this on a daily basis is that everyone is either plugged in or glued to a small device. Those who weren’t looked dazed and tired – maybe it was the time of day or perhaps just the times.

The return rush hour trip entailed a quick scramble to make the connection and we were lucky enough to park ourselves quite comfortably in one of the last available seats. End of day commuters, students, shoppers and old people all filed in silently, anxious to get home. Our urban melting pot gets a lot of visitors starting around this time of year and many arrive without much more than a basic knowledge of either official language: this makes deciphering our unnecessarily complex ticketing system problematic. Doing so with kids in tow is even more of a party game.

We watched two very small children wander up and down the aisle, twice. It didn’t seem to phase them that they couldn’t see the parent for the knees and we could hear the driver trying to explain that only one ticket was needed (under-sixes ride free) before a woman made her way back with her charges. The thought of them swaying back and forth, with her trying to hold onto both without losing one to sudden stops and swerves was just too much. I got up and offered her my seat. She shook her head to decline but we prevailed and could see the visible relief on her face.

The crux of this tale lies not in doing the right thing ourselves but in how many people don’t. The man with the good tie and mediocre suit years younger than us could easily have gotten up before us or even offered the mother his own seat so she could sit beside her two children now crammed into ours. Looking around we realized that there were any number of people who could have stepped up, but they didn’t. So we hung off the strap like the well-seasoned traveller we are until the unconscious hordes thinned out and we could sit down again. This fortnight the Two Cents Tuesday Challenge realizes that sometimes our – Expectations – what we think is a given in society about how people should act, actually have no basis in reality. We can only hope that our own actions may have made them think. 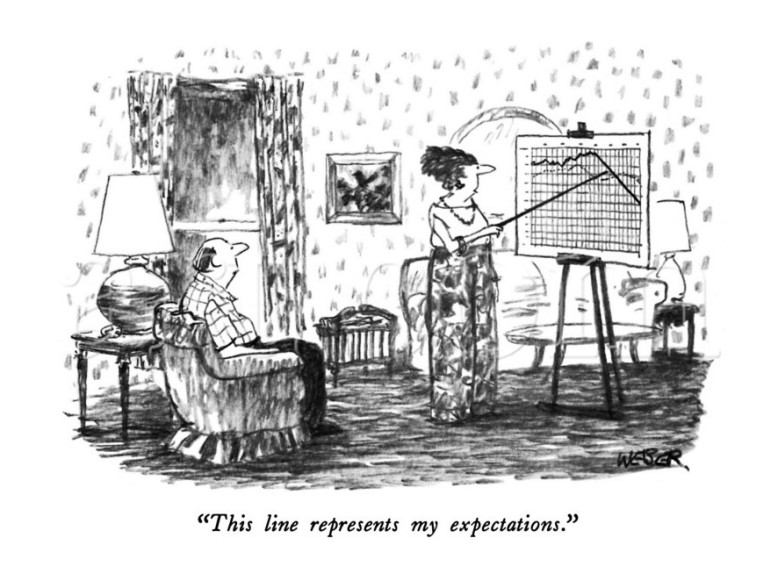 INTJ or INTP? Doesn’t matter, if i can so can everyone else…

Have you ever taken a personality test? The inscrutable Dr. Fu and the Ghost get great mileage out of the Myers-Briggs Type Indicator and its myriad applications from character reference guide for strategy games to deducing whether friends’ relationships will survive the test of time. The quick, online quizzes that lead to gaining an idea about our psychological types are by no means 100% accurate as they can be skewed by mood and the difference in answering what we think we do and what we actually do. They are fun conversation starters though and can often lead to an ah-hah moment or two on why our hair stands on end when the person in front of us at the checkout is fiddling idiotically with small change.

Our various foibles and idiosyncrasies wind up having a huge bearing on the way we interact with the rest of the world. Sadly, there is no manual for codes of conduct, no one-size-fits-all t-shirt proclaiming in easy to read text our handling instructions or even a warning label. Runs with scissors. Does not play well with others. For your own safety, do not feed the fears. A visual prompt would certainly take the guesswork out of many situations we become embroiled in and perhaps give those who just don’t get it a clue about the rules of the game. Not going to happen: that would take the fun out of it all. This fortnight, the Two Cents Tuesday Challenge has come to the conclusion that, in the greater scheme of being a semi-functional member of society, our characters are the unwitting architects of our – Expectations – and the source of our contentment or dissatisfaction. Whether we can master the beast and get to some sort of happy medium can be a challenge in itself.

This week’s topic was a suggestion from The Madwoman of Ghost Harbor – Got an idea or theme that you would like to see in words or pictures? Leave us a note in the comment box!