shredded
reduce, recycle, reuse – not only on earth day but everyday

Have a look at Frames & Focus, Lens and Pens by Sally and Watching the Photo Reels to see the originators of this challenge and their interpretation of the theme.  You may also join the challenge by clicking here. 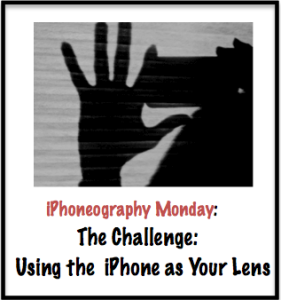 a prayer for the lost and anthem for the hopeful

Richard Milhous Nixon had his work cut out when he became the 37th President of the United States of America in January of 1969. Despite attempts at negotiation for settlement of the increasingly long and bloody action in Vietnam, and Nixon’s pleas to the “silent majority” for support, by November of the same year little had been effectively accomplished – hundreds of thousands of protesters across the country showed their peaceful agreement with his policies in the Moratorium to End the War in Vietnam demonstrations and the “March Against Death” in Washington, DC. Even John Lennon and the much maligned Yoko Ono staged their own nonviolent protest for peace with their second Bed-In in Montreal, Quebec. Southeast Asia was not, however, the only forum for battle – Russia kept its armies busy in Czechoslovakia and on the Chinese border, British troops marched into Northern Ireland, civil war raged in Biafra and a coup brought Colonel Muammar al-Gaddafi to power in Libya.

The march of progress could not be stopped as the predecessor of the internet, UNIX and the microprocessor were developed. The aeronautics industry also spread its wings with the maiden voyage of the Boeing 747 and the first Concorde test flight. In the health sciences, the puzzling death of an American teenager in Missouri of an odd medical condition would only be identified some 15 years later as the first confirmed case of HIV/AIDS in North America. Little did those who clashed against New York City police in the Stonewall uprising realize the gravity of the epidemic that would soon sweep through their ranks. This time marked the birthing pains of the modern gay rights movement in the U.S. and the beginning of a decades long battle against prejudice, pain and sorrow.

Kids big and small would never be the same as Sesame Street, one of the best children’s television shows ever produced, premiered on the newly broadcasting PBS.  Older consumers had no idea what was in store with the openings of the first Wendy’s, the Gap and Walmart. Nor were they aware of the far-reaching implications of the Union Oil Platform spill of over 80,000 barrels of crude oil onto the coast of Southern California -the crisis inspired Wisconsin Senator Gaylord Nelson to organize the first Earth Day the next year and created an awareness of marine stewardship that continues to this day.

In the United Kingdom, while Charles, Prince of Wales was being invested with his title at Caernarfon, a photograph of the Beatles sauntering across Abbey Road became one of the most reproduced acts by tourists from the world over: one can see the zebra crossing in real time 24/7. Led Zeppelin and the BBC’s Monty Python’s Flying Circus also made their debuts much to the delight of many who attended the Woodstock Festival. After they had washed the mud out of their hair the hordes cruised south to the Altamont Free Concert – a random and violent turn of events brought chaos to the crowd and it came to be seen as the “end of the sixties.”

In an unprecedented moment of global fixation on a single event over 500 million people watched Neil Armstrong take man’s first steps on the Moon. It became a defining moment for many and reminded even the sceptics that there was some hope for the future…