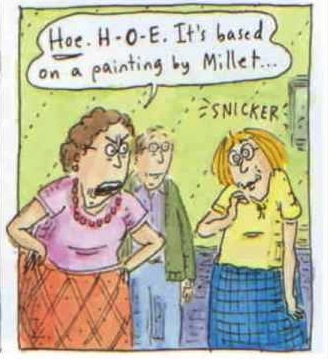 Depending on the occasion, anyone one with younger members in the household will know how difficult it can be just to speak to one another in the same language. Inane bits of conversation ranging from “how was your afternoon” to “please put your boots on the mat” can lead to fiery flare-ups, snorts of derision with rolling eyeball accompaniment or the best of the bunch, the snappy answer. From either party involved. It was one of those days and the best option was not to say anything at all because if we did it would have been, inevitably, much worse.

A moment’s solitude was in order and we happened to be in the vicinity of the local greenhouse which we hadn’t stepped foot into since our own monsters were small and in need of some winding down. In our own childhood, the place had seemed enormous with exotic plants hanging off raised beds and a banana tree with fruit dangling within a monkey’s reach tucked in a wing off the back. As recently as 20 years ago the glass house, as the Ghost liked to call it, had a heavy warmth filled with the sweet perfume of tropical flowers in the dead of winter and a koi pond whose occupants would swim up to the surface in the hopes of being fed. Today the door opened upon nannies with strollers seeking their own few minutes of peace while their under-fives bent over a rather sad display of non-descript between-season blooms.  The air wasn’t as close and wet as we remember, the koi had been moved, their pond now filled with pennies and the dark water where they now hid from prying eyes didn’t invite closer inspection. The plants looked as though they had been donated by apartment dwellers with black thumbs – those that had once been green and fresh in some florist’s shop with all the promise of growth and sun and plenty of water had shrunk to shadows of their former glory, leaves a bit brown around the edges with blossoms trying vainly to shout colour into the wilderness of the hothouse.  Evidently the man who used to take such care, who had a gift for nurturing his green charges was long gone and his apprentices had learned little, didn’t care or perhaps just didn’t know any better. Two nurseries once filled with odd-shaped plants from far corners of the world were closed – hopefully they are filled with seedlings and bright buds for the upcoming Easter exhibition.  It took all of ten minutes to make the rounds and as much as we wanted, not even one photo opportunity presented itself – the iphone stayed sleeping in our pocket.

The library attached to this small botanical garden is in much better condition – clean and quiet in the adult stacks, a little more boisterous and chaotic in the children’s section, it boasts a lovely sitting room with floral scrollwork hand-painted around the edge of a coffered ceiling.   People come and spread out their books on the massive oak tables, study, look through thick art tomes or just breathe a sigh of relief in one of the comfortable, green leather reading chairs. That is exactly what we did.

sitting quietly seems to have helped

More on visions of life as we know it by Roz Chast next week.

8 thoughts on “F is also for Friday: A Comically Fine Line”