many things to many people

Military action in Vietnam dragged on for another year albeit numerous protests, marches and demonstrations including that of Muhammad Ali who was stripped of his heavyweight boxing title for refusing induction into the US army. 1967 also saw the start of turmoil in another arena as the Six Day War changed the face of the Middle East. After the Arab-Israeli war, Egypt decided to flex its strategic muscles in a blockade of the Suez Canal trapping fourteen cargo ships for a further eight years.

Russia and the US continued to play the space race but NASA suffered a tragic setback when Astronauts Col. Virgil I. Grissom, Col. Edward White II, and Lt. Cmdr. Roger B. Chaffee were killed in a fire during the test launch of the protoype command module – they were the first astronauts to die in the line of duty. Changing the world of medical treatment, Dr. Christiaan N. Barnard and a team of South African surgeons performed the world’s first successful human heart transplant (the patient unfortunately passed away 18 days later). Equally astounding, the UK decriminalized homosexuality, had its hands full with Pirate Radio and was thrilled to bits with its export of megahits by the Beatles and Rolling Stones. In its dominion of Canada, the celebration of the centennial came in the form of Expo 67, the most successful “international and universal exposition” of the 20th century.

In North America, a large portion of the population between the the ages of 15 and 30 were fantasizing about making their way to California, Haight-Ashbury specifically, to “Turn on, tune in, drop out“ – 30,000 actually made it to the Human Be-In where Timothy Leary expounded upon the marvels of embracing cultural change and self-actualization through the use of psychedelics.  It melted into the Summer of Love with hippies hanging out in Golden Gate Park, the first issue of Rolling Stone tucked safely in their carpet bags while they unabashedly made love and music like free birds under the stars.  Everyone made a point of getting to the Monterey Pop Festival, planned in under 7 weeks the 3 day concert brought together a veritable who’s who of the music world from Otis Redding and Jimi Hendrix to the Byrds and Jefferson Airplane. To the establishment such teeming, uncontrollable congregations were a force to be reckoned with – they represented the great unwashed, as much a threat to a well-entrenched American way of life as Fidel Castro espousing “The duty of a revolution is to make revolution”. 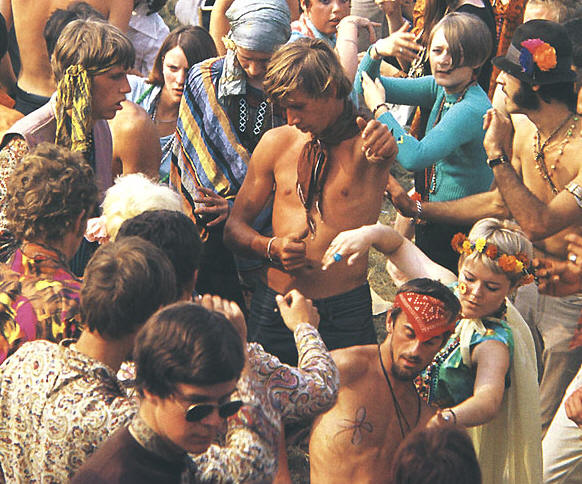 In the northeastern United States the focus was less esoteric, more immediate in action with emotions at flash-point and riots erupting regularly, it came to be known as the “Long Hot Summer”. During this year interracial marriage had been declared constitutional by the Supreme Court and the American Civil Rights Movement had gained momentum but relations between ordinary citizens, police and the government continued to be strained. It reached a violent, 5-day long climax in the Detroit Riot – 7000 National Guard were called in to quell the chaos incited by a “prejudiced” police department and in the end 43 were dead, 467 injured, over 7200 arrests were made and more than 2,000 buildings destroyed. Detroit, much less the rest of the country, would never be the same again. 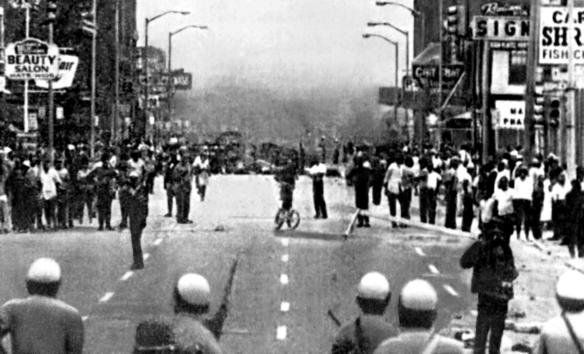